Hello Readers,
I hope you have a wonderful New Year’s Eve planned no matter how you chose to celebrate. Last year I did a similar post for 2019 so here are my most anticipated books of 2020. On Friday we will sneak a peek at some book to movie adaptions coming out in 2020 and on Saturday we will look at some of the best book to screen adaptions in 2019. Here is a link to the ones I was looking forward to at the beginning of the year. Each of the titles I have linked to GoodReads so you can add it to your ever crushing TBR pile.

This is the second book in the Curse Breakers Series I loved A Curse So Dark and Lonely.
The curse is finally broken, but Prince Rhen of Emberfall faces darker troubles still. Rumours circulate that he is not the true heir and that forbidden magic has been unleashed in Emberfall. Although Rhen has Harper by his side, his guardsman Grey is missing, leaving more questions than answers.

I have a review of this going up on publication day I can’t wait to share with you guys.
Growing up in New York, brothers Emil and Brighton always idolized the Spell Walkers—a vigilante group sworn to rid the world of spectres. While the Spell Walkers and other are born with powers, spectres take them, violently stealing the essence of endangered magical creatures.

I am currently writing up my review for this and I honestly can’t wait for you guys to get your hands on it, it was such a great read from beginning to end.
Kat wants to be a good feminist, although she's not always sure what that means. She also wants to be a writer, get together with Hot Josh and not make a total fool of herself. But the path to true feminism is filled with mortifying incidents and when everything at school starts to get a bit too much, Kat knows she's lost her way, and the only way forward is to ask for help


One woman’s life is turned upside down when her brother brings his new girlfriend to visit but no one is telling the truth about who they really are. One is on the verge of having it all…But one woman stands in her way. As the two women follow each other down a chilling rabbit hole, unearthing winding paths of deceit, lies, and trauma, a family and a future will be completely and irrevocably shattered.

I loved the Hunger Games books and I can't wait to jump straight back into Suzanne’s world.
The Ballad of Songbirds and Snakes will revisit the world of Panem sixty-four years before the events of The Hunger Games, starting on the morning of the reaping of the Tenth Hunger Games

I was lucky enough to beta read this for Murray and OH MY GOD YOU GUYS! Get reading this series I can't wait till I have someone to talk about this too.
A helicopter crash and burned bodies. A faceless corpse. A mysterious town.

Email ThisBlogThis!Share to TwitterShare to FacebookShare to Pinterest
Labels: Books

Hello Readers,
So apparently, I needed some time off writing blog posts. During October my anxiety and other things started getting the better of me and I hated everything I wrote. The posts that went live after October were rewritten at least 3 times during edits and I was burning myself out, so I chose to step back a little.

I honestly thought I felt better and tried to participate in blogmas but again everything started to creep in again, so again I stepped back I clearly wasn’t supposed to come back yet. Now here we are 28th December and I have written up 4 blog posts without full rewrites…. Yet? During my time off from writing, I have read so many books and I can’t wait to share them with you.

Also, during my time off you my amazing readers got me over 40,000 views, I am honestly so thankful and wish I could put into words how much it means to me and how grateful I am. I also found that doing videos for Instagram was a little easier than writing so that might be something I look into during the New Year.

New posts will be going live in the New Year and that’s left is to say I hope you have a wonderful New Year.
L x
Twitter
Instagram

Posted by Lauren Reads at 12:21 pm No comments:

Email ThisBlogThis!Share to TwitterShare to FacebookShare to Pinterest
Labels: Personal

I unintentionally took a month off, sorry guys. Thank you for showing your ongoing support it honestly means the world to me.

This is the first gift guide of this week and we are going to focus on gaming, the games I am going to mention are the games that I play continuously and have so much love for if you’ve seen my Instagram you’ve had some spoilers.

Nothing in this guide is a paid partnership or gifted. I am using poster images I have found through google I do not own any rights and am using the image purely for review purposes (Fair use under the copyright act sections 29 and 30 under use for a review). 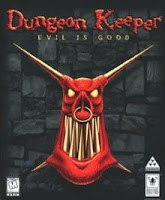 Dungeon Keeper is a real-time strategy game that turns the entire fantasy genre on its head. The world of Dungeon Keeper is tongue-in-cheek and cartoony, but engrossing, substantial and not cuddly. In most games you are the hero, exploring the dungeon, slaying evil creatures and collecting treasure. This time you get to be the evil Dungeon Keeper, designing your dungeon and stock it with vicious creatures. You are given minimal information about the world other than you're evil, you have a dungeon, you want to take over the world, and Heroes will try to enter your dungeon to kill your lovely, creatures and steal your gold. If your dungeon is well designed, those heroes will end up as hero-meat.
Available on GOG

Dungeon Keeper 2 shares the original's half-silly, half-scary visual design, the graphics have undergone an incredible refinement since the first game, lending Dungeon Keeper 2 had some of the best graphics you had ever seen at the time. There are only a few extra rooms you'd have hoped for much more from a sequel but we’ll take what we can get. The casino is neat, if only because a jackpot-winning minion starts dancing and singing when he wins (Disco Inferno!). Rooms have better graphics, though. The hen-houses in the hatchery, the on-wall bookshelves and torture racks, everything shows a subtle touch.
Available on GOG 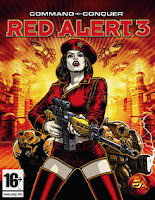 Like the previous games in the Red Alert series, the game is set in an alternate reality from World War II, in which the Western Allies fight the Soviet Union. In Red Alert 3 the Soviet leadership, facing defeat, goes back in time to kill Albert Einstein and prevent his assistance to the allies, paving the way for Soviet domination in the present.

However, they never paid attention to the butterfly effect and created, a third world power, the Empire of the Rising Sun, is created and all three sides go to war. The three warring factions are fully playable, with the game play involving constructing a base, gathering resources and training armies to defeat other players. Each of the armies has their own a fully co-operative campaign, playable with either an artificial intelligence partner or with another player online as well as a story mode.

The game combines its strategy missions with full-motion video footage featuring an ensemble cast starring J.K. Simmons, Tim Curry and George Takei as the leaders of the three factions, this has always been one of my favourite thing about the red alert games.
Available on Origin

Generals takes place in a alternate mid-2010s. Players are given a choice of three Armies to play. In Generals, the United States and the People's Republic of China are the world's two superpowers, and are the targets of the Global Liberation Army (GLA), a borderless terrorist organisation. The United States and China are depicted as allies in the series who occasionally co-operate against the GLA, whose goal is to eliminate the military forces of China and the United States.

Like most other real-time strategy games, the player must construct a base, acquire resources, build various combat and support units, and defeat opponents. Various unit types can be constructed, ranging from infantry, vehicles and air units. Each side has its own unique characteristics and abilities. All sides share some similarities, such as training infantry at a barracks, building armoured units and "high tech" building. Each building unlocks more advanced units, which allows you to acquire additional resources and even unlock a unique super-weapon.
Available on Origin

For anyone who doesn’t know the Sims is a life simulation game. Out of the two I have played Sims 4 is my favourite and I’ll be honest I love all the custom content. Just in case any of the people who create custom content thank you so much I love the effort you put in and thank you for creating amazing custom houses. Okay back to the game, players make their own Sim character and control their life to explore different personalities which change the way the game plays out.

Your Sims' moodlets changes the game play by influencing the sims' emotional state, introducing new interaction options. I also love the expansion packs and I own two packs and can’t wait to expand.  Similar to previous Sims games, player-created challenges abound. One of the most prevalent is the Legacy Challenge, in which players create a single Sim and try to make its family line last for ten generations.

It’s a great game to lose 3 hours without realising.
Available on Origin 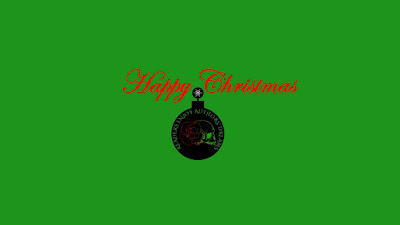 Posted by Lauren Reads at 10:06 pm No comments: