Hello Readers,
I would like to say thank you to HQ books and HarperCollins for allowing me onto the blog tour for The Secret Letter by Kerry Barrett and for sending me a free ebook (Netgalley) copy in exchange for a review. 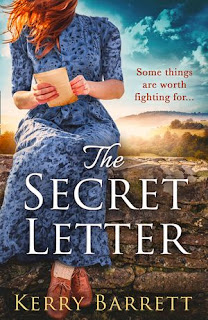 The first thing I will mention is that this story is set during both the past and present and is told through two main characters, Lizzie and Esther. However, unlike some books I’ve read this story doesn’t get muddled and details lost, leaving the reader confused which is a credit to Kerry’s writing. Kerry honestly does such an amazing job making you connect with these two remarkable women and their journeys. The Kerry brilliantly weaves the lives of two courageous women, despite the time difference Esther set in pre-WWI London and the Lizzie in a modern-day Kent village. They are surprisingly alike as they are both strong women who know exactly what they want.

I loved these strong female characters, they're very likeable as they seem so real and they want the best for others, no matter what. I honestly love then and the way they get up, dust themselves off and off they go again. I admired their determination to succeed and their ability to try again.

Lizzie lives in the present day as she finds herself restarting her life and has a little baggage as she begins her new life as a teacher at Elm Heath Primary. Esther story takes place in 1910 she is a suffragette who is advocating for women's rights to vote and has been dealt a difficult blow with her father passing away, leaving Esther and her mother with an impossible amount of debt. I’m not going to lie I was a lot more interested in Esther's storyline as a Suffragette. No spoilers but I was completely invested in Esther relationship.

The Suffragette’s fight for the vote is one of my favourite periods in history and I enjoyed finding out more about it. Although I did appreciate the subtle ways Esther tale was interwoven into Lizzie's modern storyline.

Kerry has clearly done her research for this book and I liked the way she subtly included real historical events into the story. Some parts were a little emotional and made my eyes a little teary and I had to stop reading and take a minute to collect myself. I thought this book was perfectly paced and plotted to draw the reader into the story. I soon found myself lost in the world of the characters and unwilling to put the book down.

This book honestly has it all its shocking, heart-warming, funny and superbly researched, what more could you want from a book.

Thank you again for the tour invite 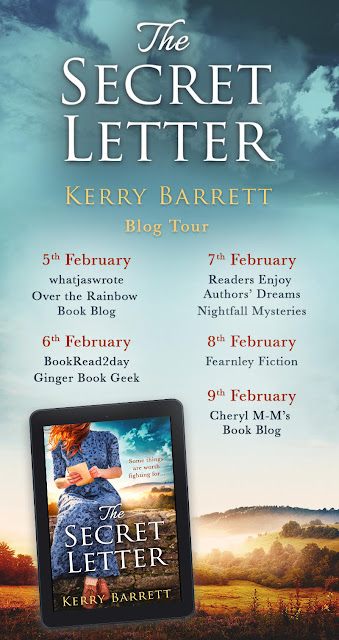