Lets talk about… The Coronavirus (COVID-19)


Hello Readers,
If you follow me on Instagram you already know my views at the minute. If not hello and grab a cuppa let's have a chat. Yes I know I'm not a medical professional its just a bit of common sense.

First off, I am so sick of the panic buying this is where the real danger is at the moment.
The other day I went shopping I saw people buying


People need to calm the fuck down!! Tell me now what in the hell are you going to do with all the stuff! And secondly, you know milk and bread go off right (milk is icky once frozen so don’t try that with me). 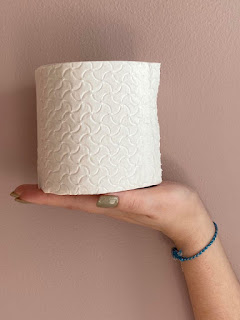 We are going to cause more damage to ourselves and each other because not everyone has the luxury of being able to bulk buy!! I’ve worked in retail and I have seen people trying to work out what to put back because they're over on their budget and it is heart-breaking to witness without the ability to help. Also, not everyone can afford to change where they shop!! And not everyone can afford to go to different shops to get the basics they need!! Your own stupidity and selfishness are going to have some dangerous effects!! You think I'm being dramatic – between April 2019 and September 2019 The Trussell Trust's foodbank network provided 823,145 emergency food parcels to people in need, which is an 11% increase from 2018.

Figures from September last year tell us that 14.3 million people in the UK are in poverty.  Yes, I said poverty! Now imagining being one of them and now not being able to shop, not being able to get pasta or rice that are known to be a dietary staple to stop people going hungry. People who rely on the own-brand products now can’t get them, what effect is that going to have on them and their health. There is a real danger of people starving! People really need to pull their head out their ass. I have even noticed that charity trolleys aren’t getting as many donations as normal which again is going to have a knock-on effect.
To the people who took and stockpiled the hand gel and hand wash - you know some people have autoimmune disorders and are now struggling to protect themselves? When my grandma was going through chemo, she took a really bad turn and we ended up having to mini-quarantine the house, with guidance from the local cancer unit we had four hand gel stations around the house and extra soap near each sink. I honestly couldn’t imagine being in that situation now.
At the time of writing this post, 6 people have died in the UK from coronavirus. Let’s put this into perspective, these statistics are for the UK:
16 people kill themselves each day
450 people die from cancer a day
On average 2 women are murdered every week due to domestic violence.
On average 30 men are murdered every year due to domestic violence.
6,600 people died during the 2019-2020 flu season
I think the media is making this seem a little worse than it is. Yes, Italy and China are under strict guidelines but we aren’t near that stage yet. The wash hand stage is the first step I think there are three maybe four more steps before it is classed as a pandemic. Also, remember in 2009 the swine flu pandemic (that killed 214), no one lost their shit this much. I think the only thing that has increased since 2009 is social media and the need for a 24-hour news cycle. There is so much scaremongering occurring across all my feeds but some like-minded people are taking the same ‘calm ya tits’ approach and I salute you.

Thanks to my wonderful fairy blogmother (Emma/SassandClacks) for this wonderful quote
“I think it's right we have a level of caution (after all COVID-19 might just feel like the flu to us, but can be deadly for the elderly, immunocompromised, etc, so we should be cautious about carrying and spreading it) but at the same time, stockpiling and panicking does more harm than good”

Just one final note you know supermarkets are a breeding ground for viruses, right?  They are near impossible to keep clean, from people picking up products and putting them back, to people not taking heed and coughing and sneezing openly still.  The poor staff can clean the machines down constantly but given how busy the stores currently are it is near impossible to keep up.  Just think how many people are doing their shopping daily compared to staff it’s a losing battle. Just remember they are trying to keep everything clean and stock on the shelves but its going out just as quick thanks to the current hysteria.

So here’s the take away from this long post