Obvious trigger warning on this post. What brought around the idea for this post was the recent pictures of Adele and the medias reaction to it and some other things I’ve recently seen in the press as well as some conversations I have had the joy of being part of (sarcasm). This also goes both ways which I think people forget I have seen articles about fat-shaming male celebrities calling it a “Dad bod” doesn’t make it okay! And that was about Jason Momoa freaking AQUAMAN are you really going to go there! 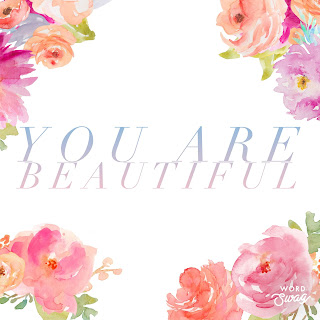 Even now over a month after Adele posted the picture you can’t google her name without being bombarded with weight loss theories and headlines. I think these figures are right but my point will still stand but Adele has won nine Brit Awards, an Academy Award, a Golden Globe, fifteen Grammy’s, eighteen Billboard Music Awards, five American Music Awards, and two Ivor Novello Awards for Songwriter of the Year. None of that is now classed as important as it is all is about her weight loss, all them accomplishment no longer mentioned. I’m sure at some point it used to say award-winning singer at least on the first page. Out of the 16 pages, this google search gave me I did not find a single page without a reference to her weight loss, I have honestly just googled Adele nothing too specific.

How have we become this unhealthily obsessed with weight is worrying especially for young people, imagine a younger sibling or even a family member googling Adele and coming across all this bubble of negative positivity. You might ask what I mean by that statement and I mean this is a wolf in sheep’s clothing and should be seen as much. Some of this “helpful” tips can be dangerous and people have become seriously ill or even died from taking diet pills (there are cases in the UK from this year) or following a “Specific diet” that have been falsely endorsed by celebrities.

I am honestly just as uncomfortable with the term ‘Dad bod’ and anyone who tries to fat shame Jason can go sit in a room with “It’s a small world” on repeat for the next 10 years. In the UK 25 per cent of people diagnosed with an eating disorder are male. There is still so much taboo about men and mental health. I did a post about it last year called “Manning Up” imagine how much harder it is for man to admit he has an eating disorder.

We really need to stop this notion of you are only valued for how much you weigh and how you look and don’t say it not that much of an issue because if it wasn’t “Catfishing” wouldn’t be as big as an issue at it is. And yes, you can fight me on that statement. I am also around 80% sure I could look online at any gossip magazine and be hit with at least one of the following a new celebrity diet, a diet to follow or a celebrity being called out for weight loss or gain.

I spent years learning to love myself after being torn down for how I look from my forehead to my weight and even now almost 10 years later one of the comments will come hit me like a steam train. Before anyone tries to high horse me this isn’t about shaming people for losing or gaining weight it is the notion of you are only valued for how much you weigh and how you look. I think we really need to sit and take a long hard think about our standards of beauty and there have been movements of empowerment about weight the last couple of years but they tend to burn bright and fade away. We need to stop letting them fade away. It is not your duty to tear someone down, anyone can tear someone down, building someone up that's the hard bit! Be the change and build up.

This was my 3am thought hope you like the post and enjoy the rest of your day.