Thank you, Mark, for sending me a copy of your book Heroes of Hastovia The First Adventure in exchange for an honest review. 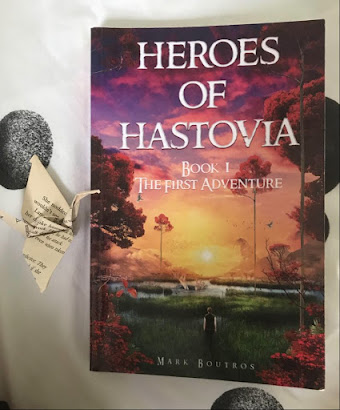 The wonderfully Pixie Britton sold me this book with the statement “Marks work can be compared to Terry Pratchett” and she wasn’t wrong. She might have left an earworm there, but this book honestly felt like meeting an old friend.  Marks sense of humour is in the same vain and I found myself giggling at silly lines, for example, a huge army appears ready to conquer and someone says something along the lines of “I’m gonna go take my washing in it might rain later”. We all wish we could think of that solid excuse to get out of a siege. Also, Mark has thrown in some great insults I am stealing. Mark has found the perfect sense of balance between fantasy and comedy and wove them together to make this book a page-turner (If you follow me on Instagram you know I re-read this in a day).

Before I delve in, I am confessing my character crush for Questions (Yes that is her name) she is from a race called the Inquiso. Totally bias but the Inquiso are the best they can only talk in questions which makes for some comical dialogue. Questions (again bias) has one of the best development ARCs you can honestly feel her frustration at being an Inquiso. That’s my love letter to Questions now let us move on to our actual main character.

Meet Karl, Karl is the most un-hero hero ever! He has bad luck, he not the best at anything and my god is that boy so damn relatable. It’s an adventure book he’s clearly going to be handed his ass a couple of time and there is a brilliant moment where he’s like all this has already happened what is the worst that can actually happen at this point. (Let’s be honest current mood for 2020). Karl is a great protagonist and you can't help but love and support him. There is also a wonderful collection of supporting characters from Oaf, Bar Witch, Sags, Frongs and the Tortured Soul (who is witty and gets some great lines).

The bit you’re waiting for who is our villain in this epic fantasy novel? Well, he’s a Man-Hawk totally a thing! Arazod is a great villain he has no redeeming qualities at all! Even from his entrance, you can feel the awkward tension and callousness he brings. There is not a single part in this book where you go “aww maybe he’s just misunderstood” he is nasty and proud of it, but he doesn’t win the title of Mr Nasty Pants.  Nope, that title goes to Lord Ragnus.  Lord Ragnus is Ted Bundy’s and Denis Rader’s love child. He is mean and cruel for the sake of it at least Arazod is in it for tyranny. Lord Ragnus just kills for fun no power play no nothing and for me the is the ultimate evil.

You will honestly be swept away in the wonderfully whimsical world of this book and will eagerly be right alongside our bunch of misfits for the ride. To see the world as they do and come in contact with some magnificent creatures. I also think you should read the book to see what my ill, painkiller and antibiotic brain meant when it wrote the note Mike Wazowski is a hula skirt made of hair.

Keep an eye out for my review of book two on Wednesday Mark so kindly sent them as a pair. 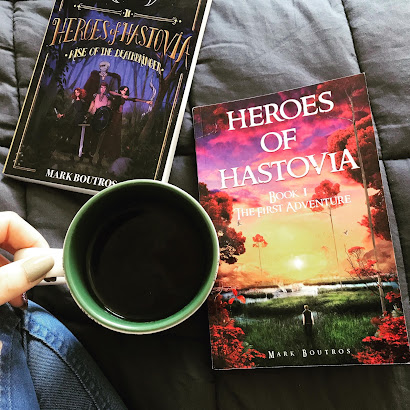