I'm guessing when you read that title you think of the OJ case or even the more modern Oscar Pistorius case but that’s not what this series looks at. Before we get onto the hard-hitting subject matters let’s talk about what trial by media is about. Trial by media is a docuseries executive that revisits six high-profile cases in which the media played a role injustice or lack thereof. (See why I needed the breathing space). I am going to focus on the three episodes that hit me the hardest.

So there has been a little delay between me watching this the first time and reviewing and that is due to the social injustices we have seen this year. I started watching this a couple of days before George Floyd’s murder and I’ll be honest it made the second and third episode hit a lot harder. I wanted to make sure my writing wasn’t too emotional and would be clear and concise.  This post is my opinion and with each of the episodes I am not going to go into much detail what happened I’ll just be stating my view and opinion. However, underneath my bit, I’ll drop some further information links.

I am using  a poster image I have found through google I do not own any rights and am using the image purely for future review purposes (Fair use under the copyright act sections 29 and 30 under use for a review). 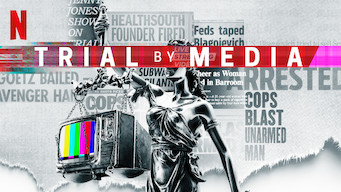 Here’s a quick round-up. Bernhard Goetz shot four unarmed black teenagers (Troy Canty, Barry Allen, James Ramseur)on the subway in New York because they asked or demanded money (Imagine if the shop assistances started shooting people because of money off demands or they felt threatened). In my opinion, he used the already rising racial tensions and peoples fear of the subway to justify his inhuman actions and played the self-defence law. Troy, Barry, and James made a full recovery but then we have unlucky number four. The fourth person he shot was 18-year-old Darrell Cabey he wasn’t wounded but here’s the bit that breaks me and it should any human “You don’t look too bad, here’s another.” Goetz then shot Cabey in the back, severing his spinal cord which resulted in Cabey being left paralyzed and suffering permanent brain damage.

Can you honestly look me in the eye and say that is a statement from a threatened and frightened man?

This episode made me cry I honestly had no idea about the full extent of the shooting of Amadou Diallo. In the early hours of February 4, 1999, Guinean immigrant Diallo was fatally shot by four New York City Police Department plainclothes officers: Sean Carroll, Richard Murphy, Edward McMellon, and Kenneth Boss. I am sorry fatally doesn’t not freaking cover it, in this case, they fired 41 shots! Even with a complete brain fart, four police officers should have realised firing 41 shots was a little messed up. Diallo was shot in his hallway what if one of the bullets hit a neighbour or a passer-by? Think I’m making up that concern out of the 41 bullets 19 hit him! Oh, and the officers were acquitted of all charges in Diallo's death. In reaction to the not guilty verdict, protesters marched calling out for police reforms and for the NYPD to be held accountable for their mistakes.

41 bullets are an excessive force for anyone the London Bridge attacker was taken killed by ONE bullet he was a terrorist.

This episode almost made me cry this case wakes up my inner feminist dragons and no woman should ever have to go through what Cheryl Araujo did! Not only was she gang-raped the trial was televised live on CNN which revealed her identity and the ridiculously cruel and brutal cross-examination. the brutal cross-examination is the perfect template for "blaming the victim" in a rape case. There were around 20 men in the bar when Cheryl got up to leave. Four men assaulted her despite the other 16 people being there are also reports of them cheering.  Eventually, after two hours she was able to free herself. Sickeningly, up until that moment, no one had helped, despite the large number of onlookers who could have come to her rescue. She was someone’s daughter, mother and friend imagine if that was someone you knew how you could not intervene. It is beyond infuriating!

She was a rape a victim who lost her right to anonymity and some people even believed she should also go to prison because she was guilty as she was "asking for it". THINK ABOUT THAT!

This series is honestly worth a watch but its heavy! Let me know if you go check it out.