Watch me get sued for slander. Today I thought I would talk about TikTok when I joined the app it was all fun and games now it is something more sinister. Have, I seen behind the curtain so to speak. Any quotes used in this article are taken directly from TikTok community guidelines. Also just a trigger warning for some sensitive subjects. 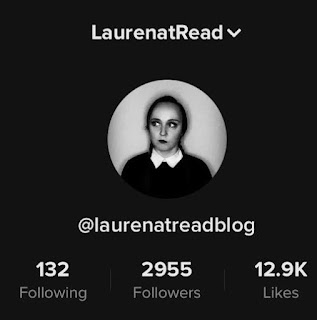 At the minute I can’t scroll TikTok on either my personal or blog profile without stumbling into a live of people screaming at each other or people doxing. There's people faking suicide attempts for gifts no I didn’t stutter or stumble on words it’s a thing. Before you think I am a bitch if you tried to kill yourself and an ambulance was called let’s be honest with ourselves there would be a very high chance of being held under section 32 of the mental health act. Even if you were released there is very little chance you would be on live a begging again less than 8 hours after your attempt.

There have been numerous lives where people have been pleasuring themselves, people on the toilet and people attempting to kill themselves. I fully understand that there is going to be a delay when reporting accounts but when the reports come back “No Violation Found”. TikTok is becoming one of the largest hypocrites and they aren’t really keeping up with its own community guidelines.

I have reported lives where homophobic and racial slurs have been thrown around more than dollar bills at a strip club and yet despite claiming “Slurs are defined as derogatory terms that are intended to disparage an ethnicity, race, or any other protected attributes listed above.” The reports came back no violation found. TikTok let me just as you a question was that because both the creators had over 2k gifts sent during the dual or is there another reason because I am open to hear your excuse.  It’s against your own community guidelines the rules you set out and get creators to agree to but why was nothing done? In fact, even now both these aforementioned accounts are still active and uploading content.

Shall we take another section from the community guidelines shall we “To avoid normalizing, encouraging, or triggering self-harm behaviour, we do not allow imagery that depicts such behaviour, regardless of the user's intention of posting it “. I have seen and reported vids of people self-harming and again “no violation found” is all I got back.

How far does this need to go before they will intervene a friend scrolled into a live where a woman was threatening and even started slicing her own throat open. According to their recounting of the event it was going on for almost two hours, but the account wasn’t getting any warnings or the live cut. Despite people reporting the account and commenting to get people to report the account so the live feed would be cut. People were also in the live begging for her address so they could send her medical help, there were even people on the phone to the police trying to report the live. despite their efforts after 45 minutes, they were all blocked from the room by the host and their mods. After coming in on back up accounts the live was finally cut off from her side someone came into the toom. Not from TikTok side despite being mass reported.

I’m sorry I have mention this in another post, but I am going reiterate this point again. There are well-known paedophiles on TikTok, several in fact have been stung by hunter teams and have been found guilty. Many of them are breaking the terms of their bail by being on the app and yet they still manage to reappear on new accounts and somehow, they get enough followers to go live?

Let us get onto doxing shall we the UK cyber laws aren’t clear on doxing is a little grey area, however in most doxing case the offence can fall under laws in place to combat stalking, harassment, and threats. While TikTok itself classes doxing as “Content that threatens to reveal personal data or personally identifiable information (PII), including residential address private phone number” I have seen no end of people doxing numbers, addresses even Facebook profiles and have a guess what you the report said. “NO VIOLATION FOUND”!! I have sent screen shots along with the reports of doxing with the evidence of the person doing the doxing during live with a greenscreen showing someone’s TikTok account, Facebook account, mobile number, and their address and again nothing has been done.

What more could I possibly need to prove they’re Doxing TikTok? What more proof can I possibly show you? Why am I mentioning other social medias, that’s because their community guidelines go on to say, “Content that incites or encourages others to hack or reveal another person's account, personal data, or personally identifiable information for others to abuse, troll, or harass”.  Which again showing all the above information telling people to share the accounts isn’t counted as trolling or harassment despite telling people to go troll. Is that still a no TikTok?

With numerous people showing the “best” (sense the sarcasm) of humanity on there we have the SUPER begs they have gotten hundreds of pounds worth of gifts on there just by sitting there and creating drama, pretending to cry and playing the victim after being held accountable for their actions all while receiving £100s in gifts.

I think TikTok has well and truly had its moments and its slowly but surely becoming a toxic place to be. Will I still post on TikTok sure but only because the sounds and filters are much higher quality than the choices for Instagram and I enjoy making them. Nevertheless, I will not be joining as many lives or be on it as a way to unwind it’s just too problematic.

I do have a final question for TikTok why are you slow and unwilling to remove the accounts getting gifts despite constantly breaking the community guidelines and being reported. Is it due to the 60% commission you take off gifts?