What I've Been Watching on Amazon Prime

I thought I would share with you what I have been watching on Prime and I will also mentioning hidden gems I have found. I am using poster images I have found through google I do not own any rights and am using the image purely for future review purposes (Fair use under the copyright act sections 29 and 30 under use for a review).

Like all of them are on prime even three, your honour I rest my case. Dear prime can you please stop taking these movies off prime just leave them to view pretty please. We all know I am going to end up buying them the next time they take them off prime. If they did the equivalent of a last movie like they do a last meal for death row, I think this would be the film I would pick. I don’t care that I shouldn’t have seen this film at 6 years old fight me it taught me Egyptology and I was obsessed even to the point when I went to the Ciro museum at 16 I cried then again when it was pillaged during riots in Egypt, but I digress. 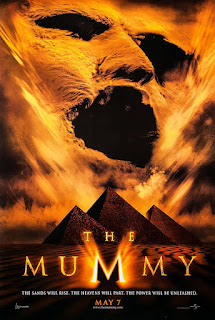 I loved this film when it came out like to the point, I had vampire teeth. Also, fun fact this is the only film I can watch Alice Krige I have a slight fear of her, and I believe its due to the whole Borg Queen floating head scene in Star Trek. Also, I have told poor Alice this on two separate occasions. The cows in this film still make me laugh which I should point out I have been laughing at the same silly jokes since 2000 and I’m not even sorry. I’m going to be shady, but I will say watch the live action don’t waste your time on the animated version. 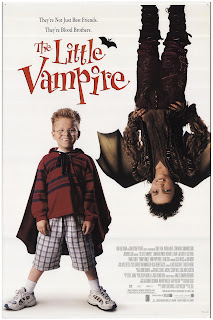 This is a film directed by Gurinder Chadha who gave us Bend it like Beckham and I was sceptic it would live up to the bar that was set by Bend it like Beckham but it on par in fact I think it slightly surpasses it just a little. Sally Hawkins as Linda is just brilliant when the film came out in 2010, I was like people aren’t like that oh how I was wrong and know people like that. This is a morbid comedy but it’s also a feel-good movie that’s like a big hug, I think you’ll have to watch it to see what I mean its complicated. 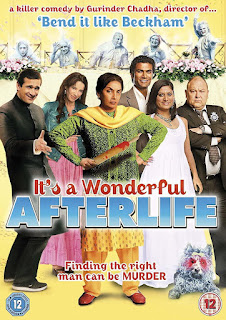 I thoroughly enjoyed upload the only thing I don’t like is the season are short and they take forever to do the next season I know covid possibly play a huge part in the break between season one and two but still. One of my favourite thing form season 2 is the way in which Nathan’s girlfriend Ingrid has been handled by the writers. I’m going to be blunt and I’m sorry but in the first season I found her a little bland and meh but in season two we see more of her, and she is now unintentionally comical, in a way that feels realistic and genuine and now she’s one of my favourite characters. 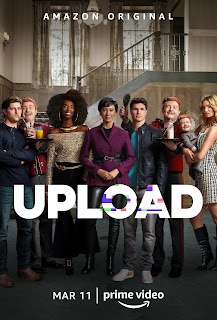 I have finally caught up on The Handmaids Tale and what a series ending! Like please take a bow. I think season fourof the The Handmaids Tale has been one of my favourite seasons so far. I love Elizabeth Moss as June/Offred as in the series she is beyond a badass. June’s story is more expansive than it is in the book, and I am with her every step of the way from the flashbacks to the woman’s rights marches, having her baby kidnapped to the ending of series four. 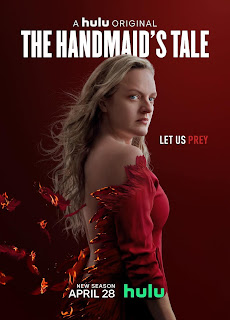