There has recently been a lot of discussion around the glorification of serial killers and that is not my intention with this post. I do not romanticise killers I am firmly on the side of morbid curiosity and have the upmost respect and sympathy for the families these monsters have hurt. I have a post tomorrow about the romanticisation of serial killers. In this post I am going to be looking into the fictional Dahmer that we have seen in movies and on tv.

There has been a lot of talk on social media in regards to this series and the romanticising of Dahmer there is a clear difference in romanticising and morbid curiosity please pick the right side. One thing I did see please forgive me I can’t remember if it was on tiktok or twitter, but someone pointed out Dahmer wasn’t actually that smart, it was systematic racism, homophobia, sexism and just plain bias by the police and people at time that allowed Dahmer to get away with it and I agree.

A couple of years ago I watched My Friend Dahmer (2017) it was an odd film to watch as you know where the story is going and its was hard for me not to have an internal clock ticking by. This story ends just before Dahmer commits his first murder. This version of Dahmer was more shocking for me as you have the knowledge of hindsight watching this movie and it prickles at the back of your neck.

I hadn’t finished watching the series when I started to see the controversy surrounding this series and after finally sitting down and watching the last two episodes I can see why. The series itself doesn’t sit right with me maybe I got a little confused or wires crossed, but I thought this series was promoted as seeing another side and seeing things from the victim’s point of view. Showing a photo of each victim all together on the black screen at the end does undo the damaged that was done in the final two hours of this series. Buckle in let’s go…

There are three things that stick out about the last two episodes. Firstly, why did we need to look at Ed Gein and John Wayne Gacy? Secondly, why are the families and the innocent people involved being portrayed as money grabbing and wanting to sue everyone? Fact check: Only two out of the seventeen families sued Lionel Dahmer over his book and where well in their right too.

Finally, Why has the death of Jeff been forcefully fed to us as a poor me moment. What do I mean by a poor me moment? Well to start we are shown Jeff getting baptised, followed by him reading the bible and being a good boy. Then he’s just their cleaning again being a good little boy he is then left alone where his friend is murdered. We are then treated to a huge speech by Christopher Scarver while sombre music plays and Dahmer stands there doe eyed and looking poor me.

Having Evan Peters look so poor me and as a reformed bad boy isn’t going to help the romanticisation that has already occurred in this series. I am not here for this bullshit Ryan you do not get to pull the poor Jeffery card after he was a cannibal necrophile.

Overall, I think we do need to stop romanticising of serial killers to the degree I have seen in recent years. I fully understand morbid curiosity but there is a clear distinction between romanticising and curiosity. It’s not just the classic killers that have this alure I’ve seen it as recently as the Chris Watts. Please remember in some of these case the victims’ families are very much alive. 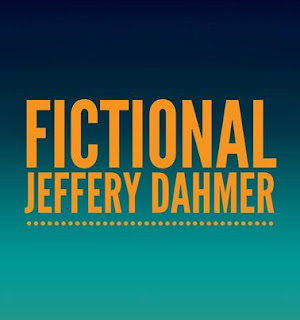