What better way to set the mood for the spooky season than sitting down all wrapped up while watching spooky movies. I thought today I would share with you some of my go to spooky mood setters on Netflix and two I am looking forward to. For this list I have kept away from anything true crime documentary based. 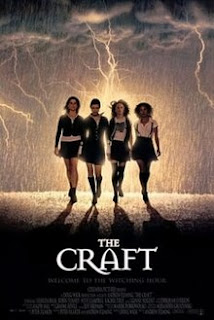 Plot: After transferring to a Los Angeles high school, Sarah finds that her telekinetic gift appeals to a group of three wannabe witches, who happen to be seeking a fourth member for their rituals. Bonnie Rochelle and Nancy, like Sarah herself, all have troubled backgrounds, which combined with their nascent powers lead to dangerous consequences. When a minor spell causes a fellow student to lose her hair, the girls grow power mad.

Thoughts: This movie is for those who really like the occult, witchcraft and most importantly 90s movies. I love The Craft and I don’t just watch it at Halloween with Mother Goose. This movie always reminds me that old movies are really good, and I should really rewatch more to really appreciate them. I adore the story revolving around four teenage girls who are into magical stuff and take it so seriously, form their own coven, perform the magic & aimed for higher powers. I have a review of The Craft: Legacy Here. 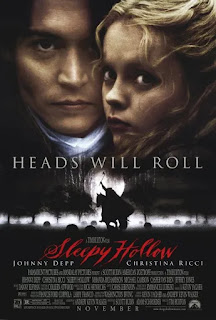 Plot: Set in 1799, "Sleepy Hollow" is based on Washington Irving's classic tale "The Legend of Sleepy Hollow." Faithful to the dreamy custom-bound world that Irving paints in his story, the film mixes horror, fantasy and romance and features an extraordinary cast of characters that dabble in the supernatural.

Thoughts: This is another film from the 90’s that has become a cult classic in our house. I will say this film is the reason I still kind of have an irrational fear of Christopher Walken. I love the whole Gothic aesthetic it works so well with the tale, and I still believe that the cinematography is still some of the best of Tim Burton's work.  This film also has some of the best quotes in Tim Burton’s work and still morbidly makes me laugh. 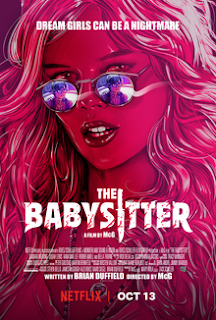 Plot: A 12-year-old Cole finds out his beloved babysitter belongs to a murderous satanic cult of teenagers. Cole must put his crush for his babysitter aside and escape their grasp before they sacrifice him for personal gain.

Thoughts: I really enjoyed The Babysitter and it’s sequel The Babysitter: Killer Queen. This is one of them “Horror” films that make me laugh in an immature way and that necessarily isn’t a bad thing. I think it tried to be a modern day 90s film and it works a little. I think this one of them films that will get better with age and possible become a cult classic like The Room. 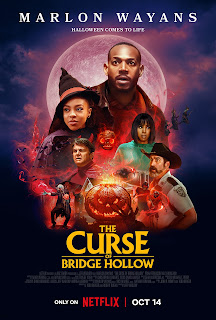 Plot: A man and his daughter must team up to save their town after an ancient and mischievous spirit causes Halloween decorations to come to life and wreak havoc.

The School of Good and Evil (Released 19th October) 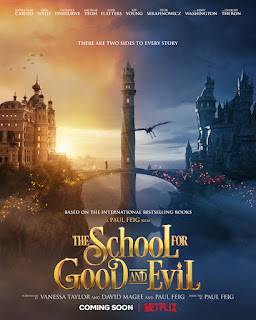 Plot: Best friends Sophie and Agatha find themselves on opposing sides of an epic battle when they're swept away into an enchanted school where aspiring heroes and villains are trained to protect the balance between good and evil.