There has recently been a lot of discussion around the glorification of serial killers and that is not my intention with this post. This is one case that will always stick with me I remember watching this case unfold. Before I give any of my opinions on the case itself, I will give an outline of the case. From the outside this case seems very straight forward it isn’t till you slightly scrape the surface you realise how complicated this case is on both sides this isn’t just a cut and dry matricide case.

Before we get too deep into this case it is believed that Dee Dee had Munchausen by proxy, in which a caretaker or parent fakes, exaggerates, or induces an illness to attract attention. Dee Dee claimed to be a victim of Hurricane Katrina, so she and Gypsy received assistance to relocate from Louisiana to Missouri in 2005 and Hurricane Katrina provided a fool proof excuse for Gypsy’s missing medical files. In 2008, Habitat for Humanity built Gypsy and Dee Dee moved into a new home in Springfield, Missouri. It was painted pink and had a wheelchair ramp.

I think another aspect of this case that gets to me is that Dee Dee took advantage of so many people. Too many good natures People made sure they did what they could for the pair, like giving them free trips to Disneyland, backstage passes to concerts and thousands of dollars in donations. The pair even met Miranda Lambert backstage after a concert, then Lambert sent Dee Dee $6,000. You can call me heartless, but it is clear Dee Dee basked in the attention she received for being a devoted caretaker.

Gypsy knew she wasn’t as sick as her mother said, but she was forced into pretending by her mother. In 2011, Gypsy attempted to get away from her mother by running away with a man she'd met at a science fiction convention. However, Dee Dee tracked them down via mutual friends and convinced the man that Gypsy was a minor, though she was 19 at the time. According to Gypsy, Dee Dee smashed her computer and physically restrained her to her bed after they returned home.

Left with little choice Gypsy escaped from reality online. She joined a Christian dating site, where she met Nicholas Godejohn. For two years, they talked online without Dee Dee knowing. She told him the truth about her mother's actions and ended up asking him to kill Dee Dee so they could be together. When Dee Dee finally found out they was talking she was furious and chained Gypsy to her bed.

In June 2015, Nicholas came to her house and stabbed Dee Dee while Gypsy hid in the bathroom. Gypsy and Nicholas returned to his home in Wisconsin where Gypsy posted to the Facebook account she shared with her mother, writing, "That b***h is dead!". Concerned neighbours notified the police, reporting that Dee Dee might have fallen victim to foul play and that Gypsy Rose, whose wheelchair and medications were still in the house, might have been abducted. The posts were tracked to Wisconsin where the police found Nicholas and Gypsy and the pair quickly confessed to the murder: No one could really prepare for the truth.

Gypsy took a plea deal and was sentenced to 10 years in prison for second-degree murder. While Nicholas Godejohn was found guilty of first-degree murder.

This is one case that is just grey in my opinion it isn’t just black and white. I don’t think Dee Dee deserved to die but I do think she should have had to face the consequences of her actions; I know she was suspected to have munchausen by proxy, a very real and serous disorder. But I struggled to comprehend what she did to poor Gypsy Rose and in my opinion was inhumane just thinking about the possible side effects of the medications alone breaks my heart. Maybe it’s a good thing that I will never understand how you can do this to someone you are supposed to love and care for. Gypsy Rose could have me fooled but I honestly think she thought she had no other choice.

After seeing bits about this case, I didn’t really grasp how much had happened behind the scenes so to speak it wasn't till I saw the documentary Mommy Dead and Dearest (2017). It was while watching the documentary I fully understood the tournament poor Gypsy had gone through. One thing that broke my little stone heart was the fact that Gypsy said she enjoys more freedom in prison than when she was with Dee Dee. There have been two screen adaptions of the Blanchard case. Love You to Death (2019) that is more inspired by the events of the case. While The Act (2019) I felt was truer to the real-life case. I think The Act (2019) manages to show how layered this case was and it shows us the bizarre intricacies of the Blanchard case this case and at times its uncomfortable to watch. 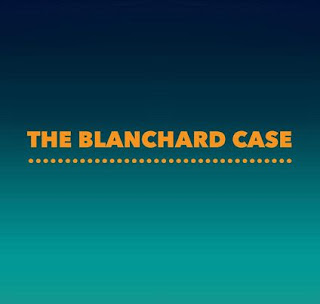