The Case of Shannon Matthews

The case of Shannon Matthews is a case that I am glad had a happy ending however, this case makes me angry 14 years later. After a quick explanation of the case, I have a little review of the BBC two-part series.

Let us just set the scene it was my birthday when the news broke that a 9-year-old girl had gone missing. It was a shocking but harrowing story in the wake of missing children’s cases. I supposed its borderline childhood trauma that us 90’s children from the UK have. I was born the day the murders in the James Bulger case were made public. I was in close age to Sarah Payne (2000) and Holly Wells and Jessica Chapman (2002) my empathic self was in bits. Also, to help the context Madeleine McCann has been missing a year and in comes Karen Matthews with this whole lie. 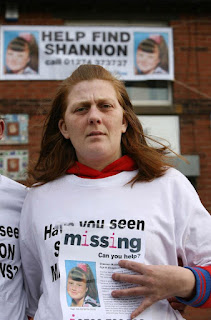 On 19 February 2008, Shannon Matthews was reported missing by her concerned mother, Karen Matthews, after she failed to return home from school in Dewsbury, West Yorkshire. For 24 days, Karen Matthews played the tearful victim, pleading for the return of her "beautiful princess daughter". The search for her became a major missing person police operation which was compared to the disappearance of Madeleine McCann.

It became West Yorkshire Police’s biggest operation since the search for the infamous Yorkshire Ripper, costing a whopping £3.2 million. The residents of Moorside had pulled together and printed their own T-shirts and posters, while more than 300 police officers and three-quarters of all the UK's specially trained "body dogs" scoured the area. Journalists were reporting the story of a stricken community fearing the worst.

However, the investigation would shift focus and reveal that not everybody in the Matthews family had been telling the truth. On the 14 March, detectives received a tip-off from a member of the public to search a flat a mile away from the estate, belonging to Michael Donovan, the uncle of Craig Meehan. There, hidden in the base of bed, Shannon was found drugged, frightened, and crying, but alive. Karen Matthews was charged with perverting the course of justice and child neglect and was jailed for 8 years. 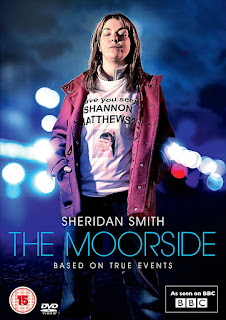 The Moorside is a great series as it doesn’t focus on the abduction, nor the subsequent arrests, but the tireless hunt for Shannon and the seemingly boundless selflessness of Julie Bushby. Julie Bushby is played by Sheridan Smith. She is far more concerned about Shannon’s welfare not only organising, much to the annoyance of the police, a separate search of the area but also managing the media with more skill. Her fierce belief in community spirit blinds her to the possibility that some of her neighbours are sods.

The BBC drama paints a bleak and evocative picture of the small Dewsbury estate being suddenly riddled with police officers and locals sifting through bins and combing the fields to find any evidence of Shannon’s fate. The Moorside does a wonderful job of setting the scene and how the estate and the UK was feeling, it encapsulates the fear for the missing child, the searching, and fearing the worst. The Moorside doesn’t spoon feed you it a series that allows you to make up your own mind on the real people being portrayed.