Vampires are Back Out of The Coffin

If you have been reading my blog a while you will know I am a little obsessed with reading vampire books. I have previously done a post about my favourite vampire series. My little black heart can’t take this year, vampires are back and not only are they badass the don’t freaking sparkle. There is so much happening this year with vampires’ new books, movies and tv revivals I honestly can’t contain myself. I do think the second half of 2021 was a perfect setup with the release of Night Teeth and Blood Red Sky on Netflix. Talking of Netflix uploading all but one of the Underworld franchises hasn’t helped my vampire obsession.

After the death of her mother and having no other known relatives, Evie takes a DNA test and discovers a long-lost cousin she never knew she had. Invited by her newfound family to a lavish wedding in the English countryside, Evie's at first seduced by the sexy aristocratic host. However, she's soon thrust into a nightmare of survival as she uncovers twisted secrets about her family history and the unsettling intentions behind their sinful generosity.

A diligent, blue-collar dad just wants to provide a good life for his quick-witted 10-year-old daughter. His mundane San Fernando Valley pool cleaning job is a front for his real source of income: hunting and killing vampires.

The Interview with the Vampire (AMC)

A vampire tells his epic life story: love, betrayal, loneliness, and hunger. Against the backdrop of a gloomy San Francisco, the nearly two-century-old vampire, Louis de Pointe du Lac, recounts the unbelievable story of his eternal transformation and a life worse than death to the sceptic reporter, Daniel Molloy.

Vampire Academy follows the friendship of two teen vampires: Rose Hathaway, a half-human hybrid vampire called a dhampir, and Lissa Dragomir, a royal Moroi vampire. The series will take place at St. Vladimir’s Academy, a boarding school that doubles as a training facility where dhampirs train to protect royal vampires from the more savage Strigoi vampires.

City of Gods and Monsters by Kayla Edwards

Loren Calla has only ever been ordinary. As a human struggling to survive in a city that caters to the needs of vampires, werewolves, witches, and other supernatural creatures, she always assumed her life would remain simple, predictable, and as safe as her world would allow. When women start disappearing, and some of them slowly turn up dead Loren learns that love can make an ordinary person do extraordinary things.

Please note: This book has darker content that might be triggering for some readers, including violence, mature language, sexual content, drug abuse, death of an animal (with a HEA), sexual harassment, anxiety, panic attacks, depression, and suicide. It is not intended for anyone under the age of 18.

Everyone at the guild is on high alert, but no one will tell Olivia why. She thought it was somehow tied to the death of her boyfriend, but the truth is far grislier. Captured by a vampire named Sebastian, who insists he’s protecting her, she’s taken to the horrific City of Nightmares. As she fights to survive in a world where mortals are fed on or traded, Olivia must place her trust in Sebastian, if she hopes to survive. Can she escape the clutches of her destiny, or will she succumb to the dark shadows?

I hope this post gets you excited for vampire week and add some options to your spooky season lists. Who is your favourite vampire? 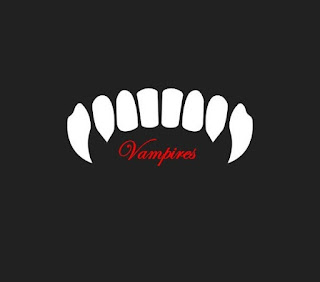