I’m guessing you think that by the title of this post its going to be all shady and mean but that’s not what this post is going to be. This post is just my opinion on three book characters that I don’t like as people. This post could be seen as a compliment to the authors work as they have made me absolutely detest a character they have created just through their words. With the three characters I have chosen they also have multiple representations, and this is not attack on any actor who has portrayed these characters just their fictional counterparts.

Lucy Westenra is my nemesis, I’m sorry I just don’t like her. She is whiny and I get she’s there to be the perfect tragic victim. But I don’t feel sorry for her like not even an ounce not when she turned into a vampire and further on when she’s staked. For me personally she is the human embodiment of fingernails on a chalkboard I will skim her part in the book and skip her during parts the audiobook. I really can’t pinpoint the exact thing that annoys me the most maybe it’s the victim mentality, the whininess, or her child like nature I don’t know.

Ichabod Crane - The Legend of Sleepy Hollow by Washington Irving

This year when I reread The Legend of Sleepy Hollow, I realised that Ichabod is a total douche canoe. Maybe it’s a Disney effect or a bad Mandela effect but I thought he was charming oh no! it turns out, sweet old Ichabod was only really interested in Katrina because her father was wealthy, and I never realised that she was off limits as she was already being courted. Not only is he greedy, but he’s also pompous and self-absorbed and just icky.

Raoul, Vicomte de Chagny - The Phantom of the Opera by Gaston Leroux

I slightly prefer musical Raoul as he is given more of a backbone, spends less time whining, and possesses more bravery and common sense than the book version. However, he is still a creep and if you have seen Love Never Dies, he’s also a huge douche canoe. After watching the musical and reading the book I was already unsure about Raoul as a person. However, Love Never Dies confirmed my thoughts about Raoul and how he is nothing but a greedy possessive mess who likes to drink and gamble while making his wife pay for it. It is clear Raoul no longer feels the same passion for Christine as he once did and is just an angry little man. 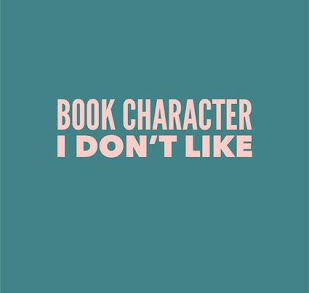