Today I thought I would share with you some of my favourite winter reads. Winter really does make a great book setting in which so much drama can occur from battles to mischievous shenanigans snow and winter is a great setting. The books on the list are books I try to reread as soon as the weather starts to turn after Halloween.

A Christmas Carol by Charles Dickens 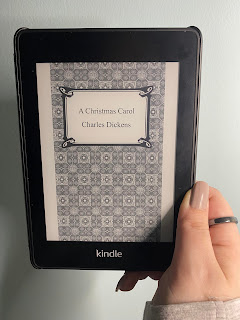 Of course, it was going to make the list it’s a classic. It is perfectly festive and is also suitably moralistic A Christmas Carol is about a grumpy, selfish, melancholy old man called Scrooge who loves his money more than anything even his own time. It is a glimpse at what could happen to someone who rejects their family upon trivial grounds, and let’s themselves be set apart. Scrooge hates Christmas and is not generous to anyone, even himself. One freezing frosty night three Christmas ghosts haunt him.

How the Grinch Stole Christmas! by Dr. Seuss 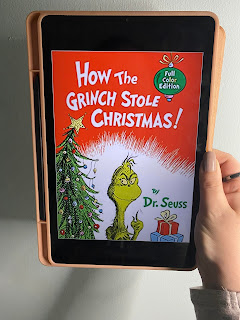 I loved seeing Dr Seuss’s artwork again, his unique and imaginative style still makes me feel warm and fuzzy. I love The Grinch as a character from the book to the 1966 animated television special to the live action film with Jim Carrey. I haven’t seen the new one yet. But this book doesn’t have Dr Seuss’s best rhymes, unlike his other books the couplets aren’t very clever or imaginative. The ending is very abrupt too it suddenly it wraps things up but that might just be me being nit-picky.

Tim Burton's The Nightmare Before Christmas by Tim Burton 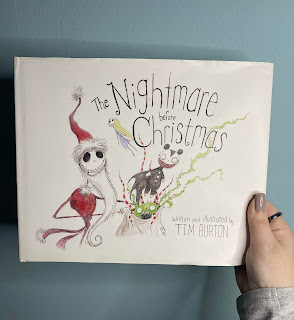 This book is not a direct adaptation of the movie. Instead, this is the original poem Tim Burton had written and proposed to the Studios when he worked as a Disney Animator. The story is stripped down to its bare bones, with no Sally (she’s in the background on one page) or Dr Finkelstein and no Oogie Boogie. There are none of the other main characters besides Jack Skellington, Zero, and Santa. Tim captures the reader's attention from the very first page, especially as we meet Jack Skellington and hear of his ghoulish antics. Random internet fact so don’t hold it against me if it’s wrong; the poem predates the film by eleven years, it is difficult not to view the book as a companion as the film has surpassed its predecessor. 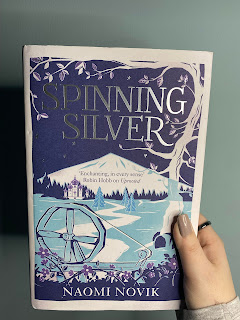 Spinning Silver is a brilliant take on the fairy tale of Rumpelstiltskin set in a charming Russian inspired fantasy world full of snow and ice. It might just be a me thing, but this book embodies winter you can feel the cold coming off Naomi’s descriptions. This book entwines magic, myth and mystery making the plot wonderfully intricate. This is not a tale about love; it is one about survival in a cut-throat world where the rich and powerful exploit the poor and helpless. The number three is a prominent theme throughout this book which helps reinforces the magic within the book. These three girls, with their mothers, forced into their three marriages, all come together to create a beautiful story that is both whimsical and feminist. The characters in this novel are amazing, vibrant, and flawed.