I have just reread this book after watching the Hamilfilm and I didn’t think it was possible, but I love this book even more. Quick little disclaimer I got Dread Nation myself however the second book Deathless Divide was kindly sent and gifted by Titan. 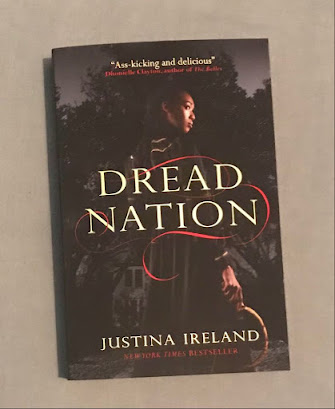 We all know I love a zombie book, but a zombie book set in the civil war. I know they’re not everyone’s cup of tea, but I love these historic retellings including Abe Lincoln vampire slayer and Pride, Prejudice and Zombies. Also, another shout out to Titian for yet another stunning cover.

This is a magnificent own voice, YA historical fiction, that is unapologetic in the way that it looks at race, and consequently, racism. There are points in this book when we are in the dark underbelly of history and racism but don’t let that put you off. Dread Nation tells the story of an alternate US, in which the Civil War came to an end because of zombies.

To salvage what’s left of the US, the Civil War ends in a compromise that frees the enslaved (don’t get too excited) but forces them into combat schools that train them to slay the undead shamblers (Zombies) and protect the white upper classes.

Even in the face of the apocalypse, it’s infuriating to read about men in positions of power being so shallow and short-sighted about their power and control (GRRRR). Just for future reference in case, anyone in power reads my little blog… Zombies (The walking dead, whatever you want to call them) don’t care about politics; they don’t care about returning the world to the “glory days”. So, stop having a pissing contest and sort out this shit out!! K thanks. In Justina’s story, the US would’ve been overrun in mere years if they had not forced enslaved children to fight their war.

I loved the main character, Jane McKeene. She is a fierce heroine and can outwit her enemies, living or dead. Jane was born to a white mother and is shipped off to the most prestigious school, Miss Preston’s, where she is trained. As just two days after she was born, “the dead rose up and started to walk on a battlefield in a small town in Pennsylvania called Gettysburg.”. talk about unfortunate timing.

I enjoyed following her journey from Miss Preston's to Summerland and beyond, as well as the personal development and the people she met along the way. During the day Jane trains with other girls eager to be selected as an Attendant to a wealthy white family, and at night she haunts the countryside, taking out shamblers and saving the innocent but she longs to find her way home to her mother. Humanity and survival are at the heart of the story and Jane is a bright beacon of hope, she understands the way the world works and realises that she can’t change it, but she’ll try anyway.

All the classic elements of the zombie novel are present, but boiling underneath Jane’s character and Justina’s subtext is the real history of the US through a skilful exploration of racial oppression in this alternative America. It’s a sober account of what life was like for people of colour, and especially women of colour, during the post-war years in the States.  No doubt readers to make connections with the modern-day. Take away the zombies and the training, Jane could just as easily be any young woman of colour from that period, and her experiences wouldn't have been all that different.  This book also doesn’t shy away from how shockingly life expectancy rates varied depending on the type of work, geographic location, and personality of the slaveholder.

This is honestly a must-read book get it on that ever crushing TBR! Check back for my review of book two Deathless Divide. 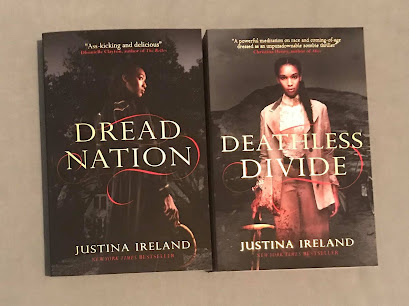