Fun fact I went through all the books that Texas is trying to ban. Buckle up this is going to get messy! I got rather angry going through this list it is a joke. Conservative parents have flooded school board meetings in Texas and across the country in recent months to call for the removal of library books that deal with race, racism, sex, gender and sexuality. Some parents have even taken it a step further by filling out paperwork to formally challenge the appropriateness of library books and forcing school administrators to review them. 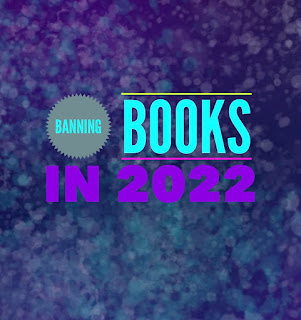 I’m going to try be brief on removal of LGBTQIA+ books because the “Cant say gay” is getting its own post. LGBTQIA+ children are some of the most vulnerable children in the world with children as young as 9 have killed themselves due to homophobia (His name was Jamel Myles). 14,700 LGBTQIA+ youth between the ages 13 of 24 from across the United States, considered attempting suicide in the past year. A shocking statistic of 94% reported that recent politics negatively impacted their mental health. What do you think will happen to that already ludicrously high number when representation in literature is almost non-existent?

There has been huge cull of BAME authors for example Kalynn Bayron, other books about being BAME and the challenges that can entail. Not even a children's biography on the former first lady "Michelle Obama: Political Icon," by Heather E. Schwartz was “safe”. Children and teens need to see themselves represented there is a real danger in removing representation especially BAME and LGBTQIA+ representation. Representation matters! Do not underestimate the power of representation.

Can someone please tell me why books about sex and sexuality are banned? By removing ease of access to these books you are removing a safe space for young teens to learn about sex, STIs and STD’s. Books such as Sexual health information for teens: health tips about sexual development, reproduction, contraception, and sexually transmitted infections. You can sit down if you are going to hit back with, they have sex education, an education that has been ripped apart since anonymous posting became a thing on the internet. This isn’t just shade at Texas I went to university with someone who thought you couldn’t get pregnant while being on top.

Most of the books on this list are essential as they provide not only an educational resource, but they provide a refuge for students who need comfort in seeing themselves represented. Representation matters!

Felix Ever After by Kacen Callender

Cinderella is Dead by Kalynn Bayron

The Black Flamingo by Dean Atta